An Update on the Surf… 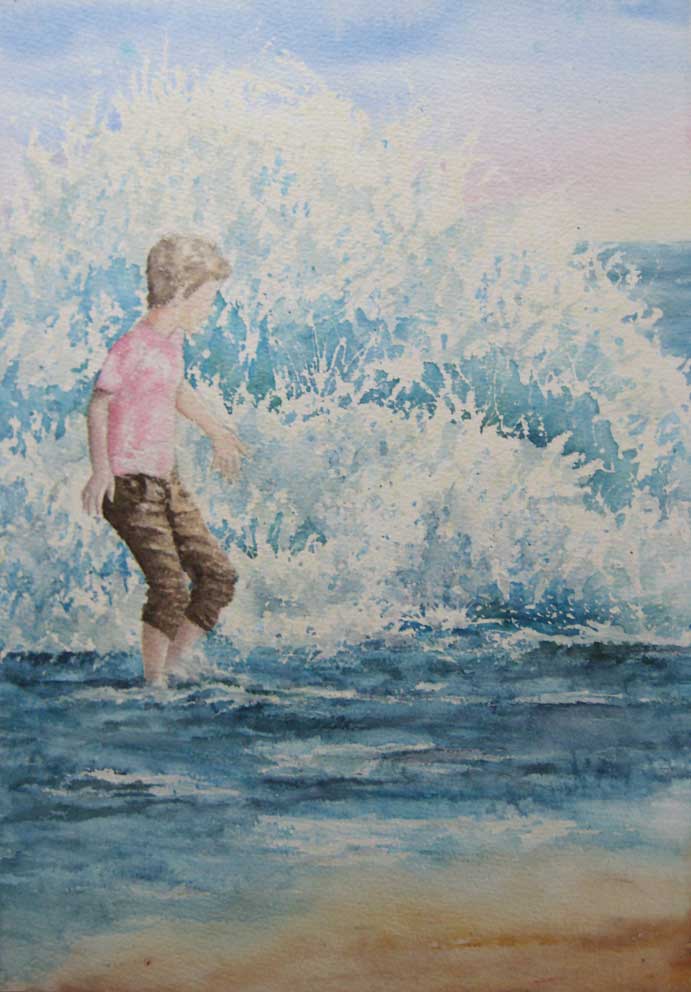 With my beautiful roses finished, or at least being given some distance while I decide if anything more needs doing, it felt like a good time to return to this complicated wave painting. If you remember I’d taken off all the masking off and started to paint the kid’s clothing, you can take a quick look here to refresh your memory if you’d like :-).

I have to admit I’ve been skirting around this, with no idea how to proceed… but I sat and stared at it for a while this afternoon, and stared at the photo too – by the way, in the photo the sea is practically greyscale, I’m not sure whether that’s a bonus or if it’s making it harder to distinguish individual features in the spray.

Eventually I picked up a brush and started to splash and scumble some paint into the big white areas I had. I dropped some water in places too, and a bit of salt. It’s showing promise as a technique, I think :-P. Then I spent a few minutes building up some contrast on the folds of the trousers and his legs, and one arm. The other arm was still in the middle of a damp sea and I didn’t want flesh tones running into the waves, so I stopped there.