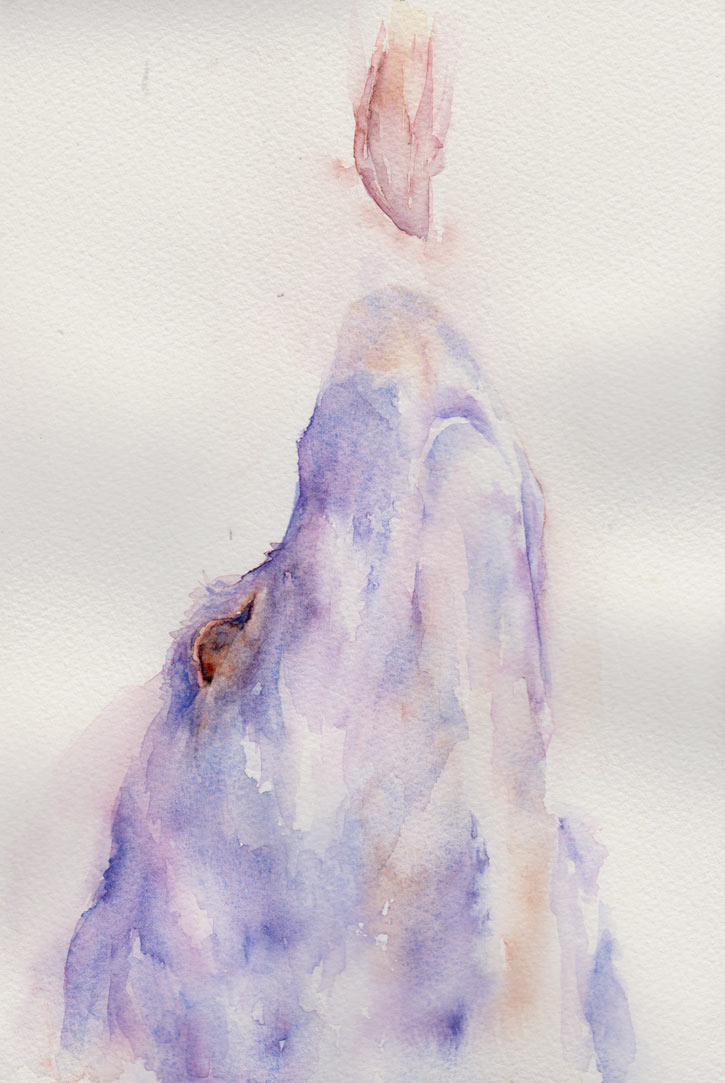 Aysha: For Chicken… Anything! (Watercolour)

I know I said we were out all day today, but I got up early to try and paint something for the hosts of the party, Bill & Wendy of Catherine Vale Wines, just to say thank you & Merry Christmas… two hours later I hadn’t finished & we had to run out of the door to get to the City.

So I just thought I’d share the half way stage… this is Bill and Wendy’s young black Labrador, Aysha, caught in a photo a few years ago just as Jim was teasing her with a juicy piece of chicken.

An important tip I learnt at my recent weekend (with Jean Haines – sorry to keep mentioning it…) was that loose paintings can still be saved when they go wrong. At one stage Aysha was not looking like a Lab at all, but after a small break and a fresh look I realised her snout was angled a bit too steeply from the eye to the end. I bet you can barely see where it was altered now… I think it’s still too long (a bit) but hopefully I can just darken the right place to add nostrils and leave the faint smudge above as a shadow.

Then there are a few other areas that need to be strengthened too, after which she might be ready to slip in the post, in time for Christmas 🙂 .