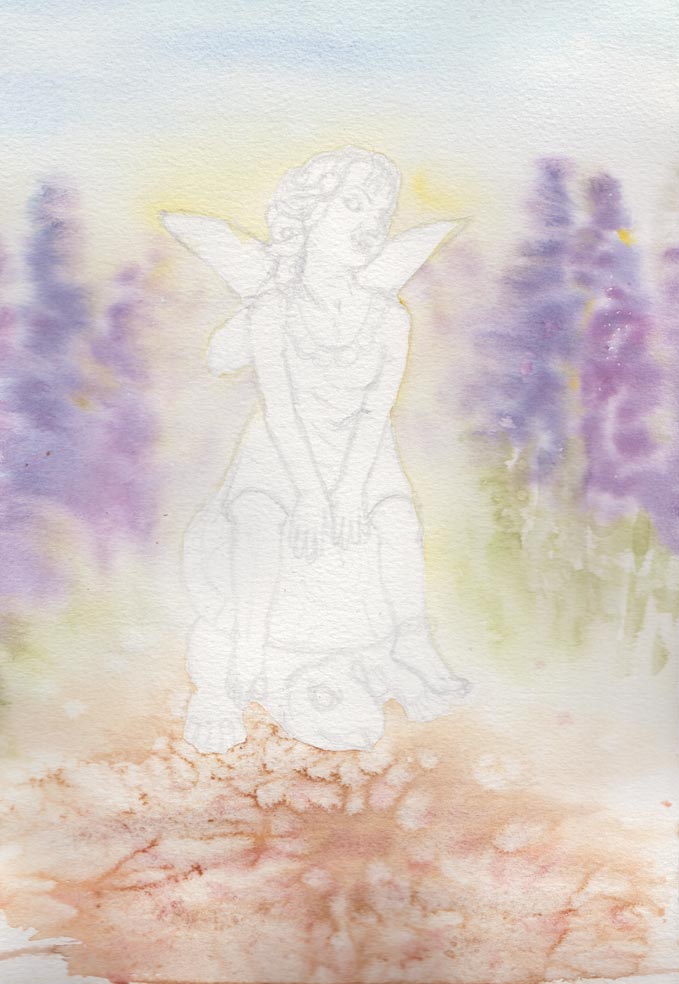 It’s time for some fun! Yesterday I received an email about the next challenge on Paint my Photo and decided I’d give it a go. The challenge this month is based on statues, the idea being to take one of their photos and give it one of the following treatments:

Amongst their archives of statues I found a wonderful fantasy statue of a fairy riding a tortoise, so I decided to attempt the second method and bring them both to life.

The initial sketch was immensely tricky and took way longer than it should have. I’m a bit worried I’ve ruined the surface of the paper after so much erasing, and I mostly shied away from the facial features… that’s a chore for a time when my drawing is going better! 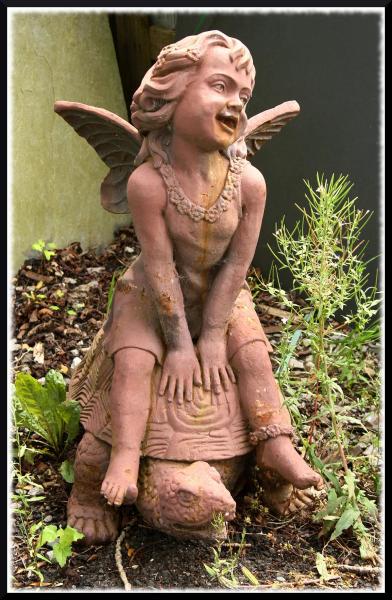 The next stage was an initial wash, and I’ve just suggested a path and some tall flowers alongside. It’s a bit damp here today, and when I went to scan this in after leaving it to dry for 2 hours it was still damp, I think the salt was pulling moisture out of the kitchen air! Anyway, a few minutes in front of the fire and it all crisped up so I could brush the salt off 🙂

Here’s a copy of the original photo so you can see where it all started.