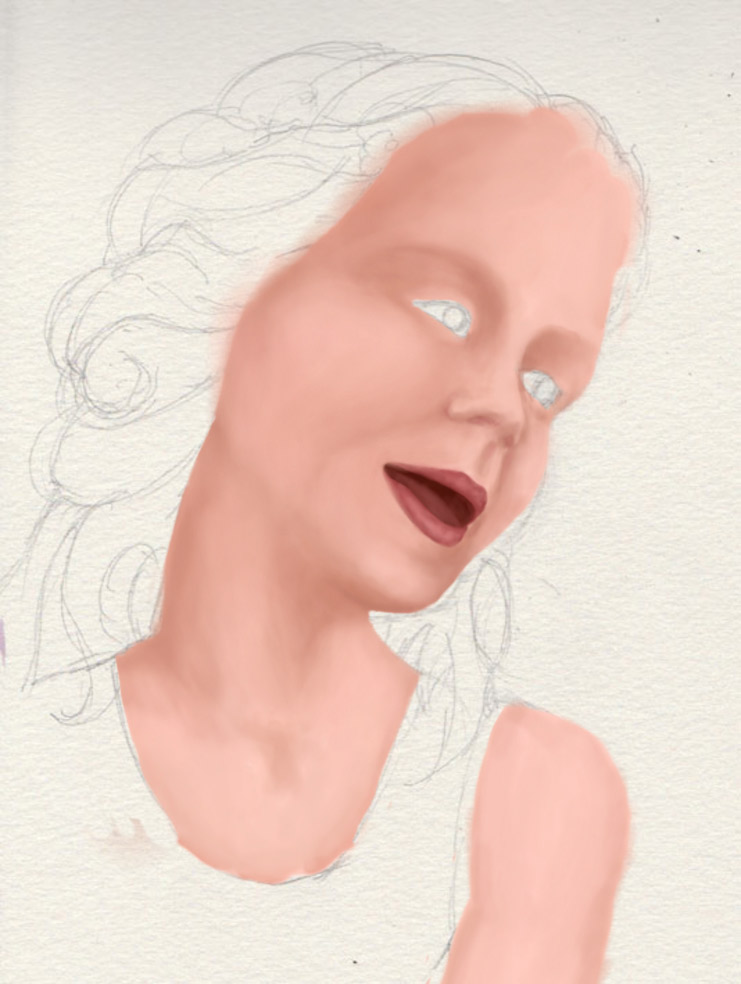 Awful weather has again kept me away from real painting today: it’s been freezing in our kitchen and the rain battering the skylight was too depressing. Instead I spent the afternoon curled up in the living room with the fire on and some old music playing, tapping away at my tablet and the digital portrait that’s maybe almost half way through now.

Apart from generally getting the program to work as I’d like it to, the biggest difficulty I’m having with this piece is that I don’t have a reference to work from as the original was a stone statue, and rather more of a caricature. I suppose I should go and find something, just to help me with shapes, folds, shadows, highlights… instead I’m just trying things out willy nilly and then repainting them when I realise they don’t look quite right – something very strange is going on with the neck! The nose is looking better though and the colour on the lips has added much needed contrast to help judge the other colours against.

The weather looks set to be dreadful for the next few days, so it might be more of the same for a spell… I hope there’s a break or two, I’d like to go back to Flint’s painting – and he also needs a good walk, which isn’t going to happen with the torrential downpours we’re having.