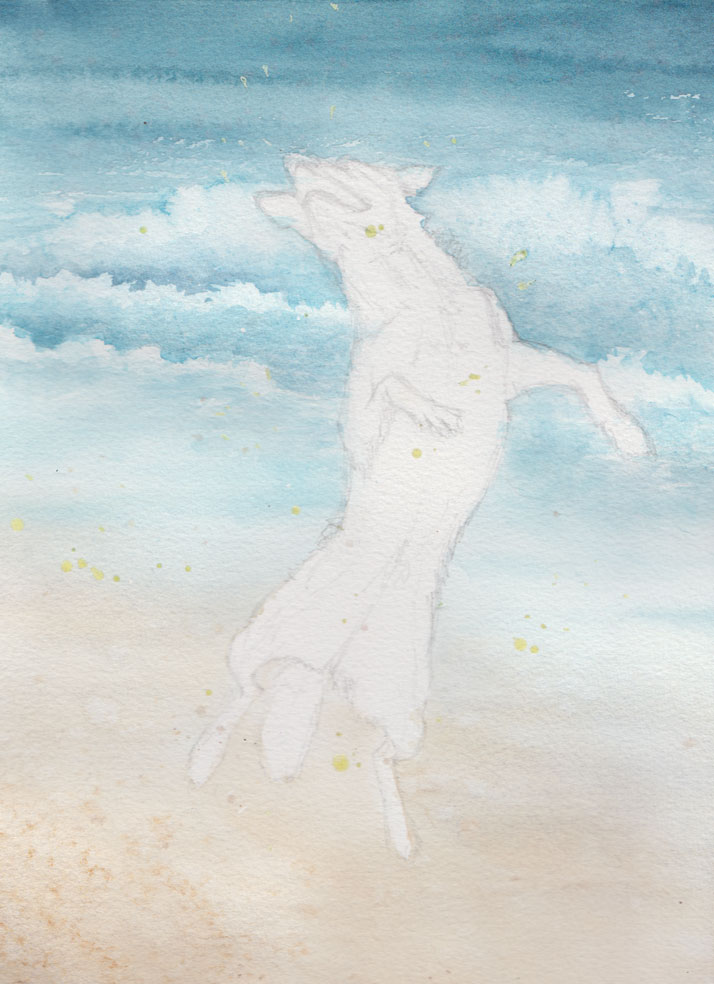 The weather has been dictating the day agian… we had some good, some bad (some very bad!) . So, Flint got a walk during one of the sunny breaks, and unfortunately seems to have pulled something in one leg while charging through the puddles. I managed to spend an hour on his painting in between showers while it was light enough, and also dabbled on the tablet this evening for a while (to little effect).

I’ve washed in a bit more of the sea here, bringing some bright blues to highlight the edges of the waves, and darkened the beach a bit too. I also tried the salt technique again on waves and sand, and again fell foul of it not drying because the air is so humid in here at the moment. So I plonked it in front of the gas fire for 10 minutes instead, which dried it out, but there doesn’t seem to be much of a salt effect.

Back to work tomorrow for the day, so I’ll probably be trying the sketch pad again in my lunch hour, or maybe sharing progress on the digital painting if I get any!