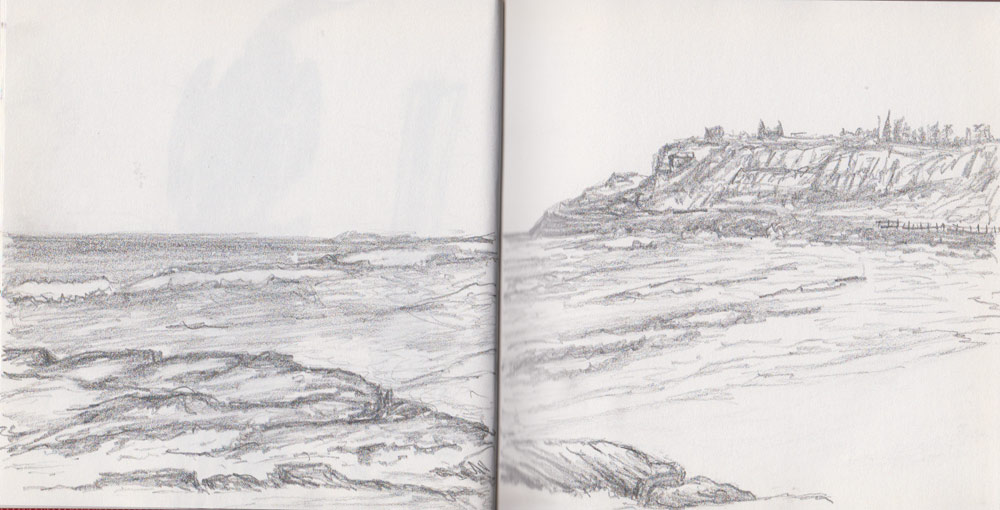 We woke to another day of rain and had to vacate the apartment at 10am after our weekend stay. With a few hours to kill before heading back to Sydney we went for a walk along the beach and to Nobby’s Lighthouse.

I would have loved an opportunity to sit and sketch from life, however it was sodden and pretty cold as well, so I took a few photos instead and did some sketching during the three hour train ride home.

One thing missing from this sketch are the ominous black clouds that were coming over the cliffs, which soaked us shortly afterwards. I was feeling that I’d already got too much grey on the paper, and I was struggling a bit with the waves… It wasn’t really rough but there were rolling waves with bright white caps, something I’ve just discovered is immensely difficult to portray in a sketch… a good thing to continue practising. As with yesterday the colours were quite striking, blues, greys and sand colours, and I might have a go at painting it sometime.