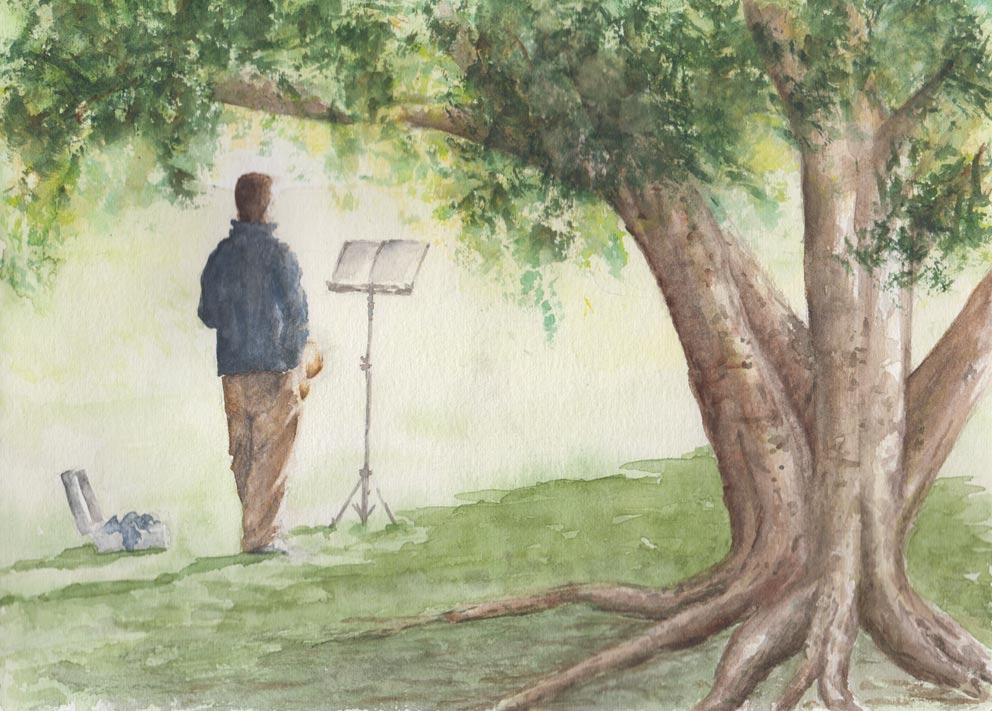 A shadow here and a touch of colour there… I’ve added the shade from the tree and some cast shadows of the player and his gear. I think this probably still needs a few more subtle touches to make it work, but it’s nearly there.

I spent a long time pondering the saxophone itself, and searching the net for examples of an instrument catching the sunlight just so, but in the end I just had to guess how it would be – my photo was too far away to show it properly. I think it worked OK in the end, though I would have liked it to shine and glow more.

We’re taking a trip down the coast to the South tomorrow so I’ll be trying out the mobile set up again… and hoping it works better than the previous two times! Fingers crossed :-).