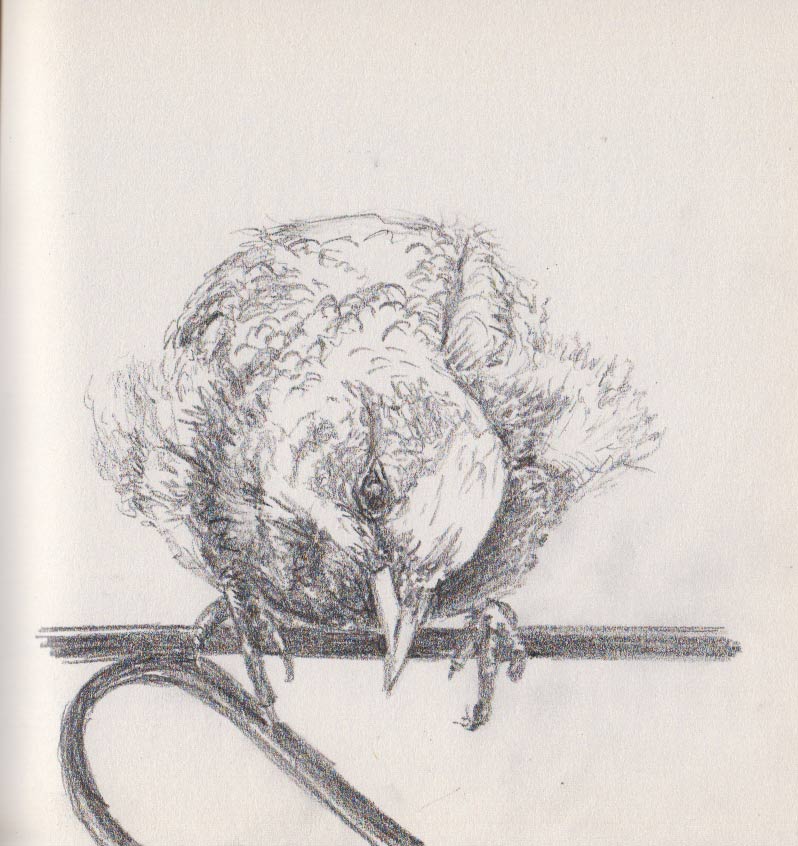 It’s been quite a long day, mostly in the office, partly putting beds together and making them… I suddenly found it was 10.30pm and I hadn’t made a move to create anything. At that point it would have been just too easy to just slip off to bed.

Half an hour later I have this cute sketch of a baby Starling and I’m chuffed to bits with myself again for making the time for practice.

I read something, somewhere earlier this year that has made this so much easier to do… apologies for not remembering where I heard it because it’s a gem and so simple: if you have something you’re putting off, something that’s looming and seems like a mountain of a job, instead of making yourself feel awful about it just agree to ‘suffer for 5 minutes’. Once I’ve mentally done this it’s so much easier to start the task. Just do 5 minutes… if I stop after that then at least I’ve started and that usually breaks the inertia (or dread). Often having taken the first step it’s not so bad as I thought it would be and I can keep going 🙂 Try it, it’s a surprisingly good way to tackle all those chores you’re avoiding!