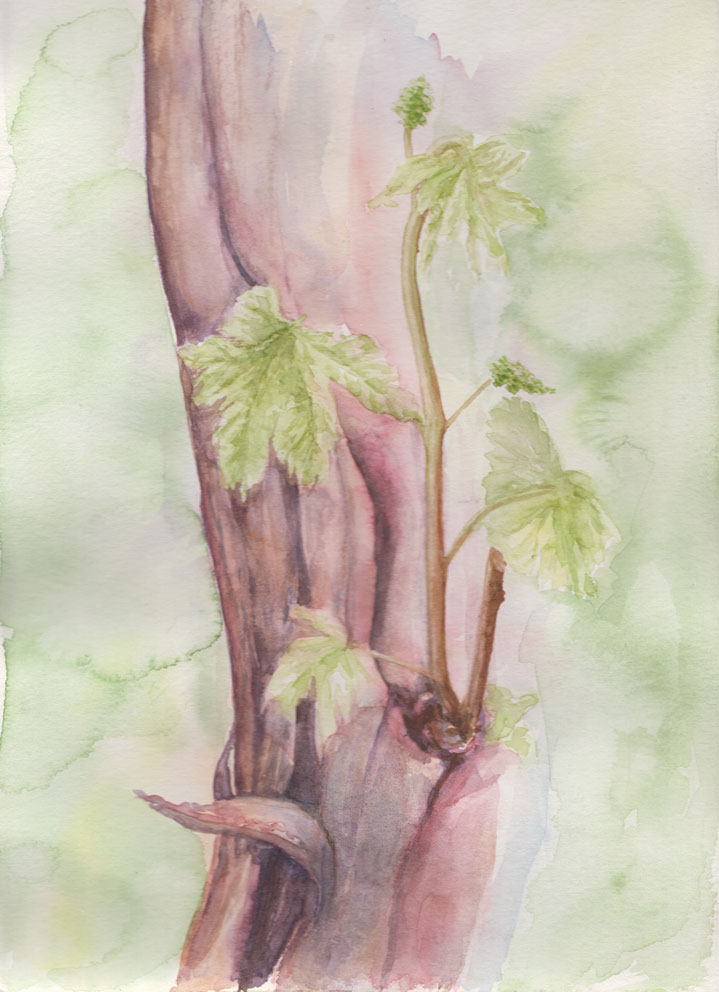 I confess I haven’t spent very much time painting today… I’ve spent a lot of time thinking about it though, and quite a lot of time looking at it and pondering.

Mostly I’ve been trying to work out how to make the stem stand out more. Make it lighter? surround it by lighter… or darker, paint? In the end I lifted some of the dark red that was next to it. I also touched some darker greens into the centre of some of the leaves and I removed part of the big cauliflower from the right hand side that was overwhelming the leaf beside it.

Then I stopped. I think for now that’s enough. I may not think the same way in a few days, but I think it would be a mistake at the moment to do anything else to it.