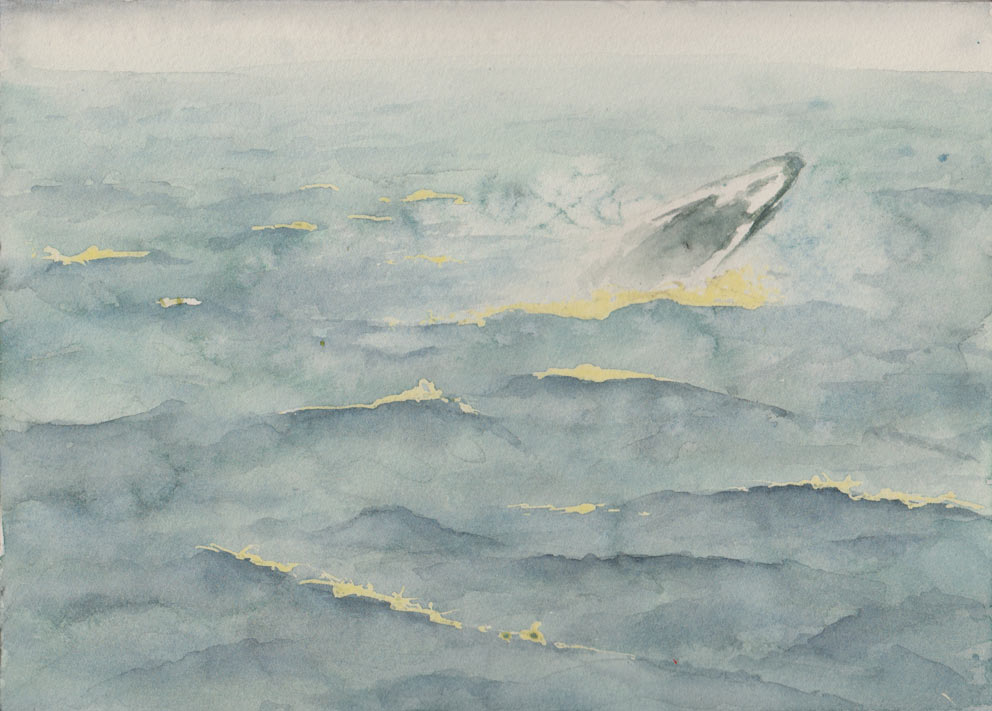 I’ve tried to make the sea look a bit more dark and threatening today, as it was while we were out there, and I’ve also started to depict the whale itself jumping and splashing in the waves.

The salt I added yesterday took out a bit too much colour on the left hand side of the whale, so I’ve been trying to rebuild that area… and it still needs some work. There’s also a rather strange bit nearby where there seem to be letters… I have no idea where that came from!

After repairing that I also need to darken the black bits of the whale, while still maintaining the appearance of spray and mist around the lower parts. I’m generally quite happy so far with how it’s going, although I wish I knew how I managed to get the waves as good as they are 🙂