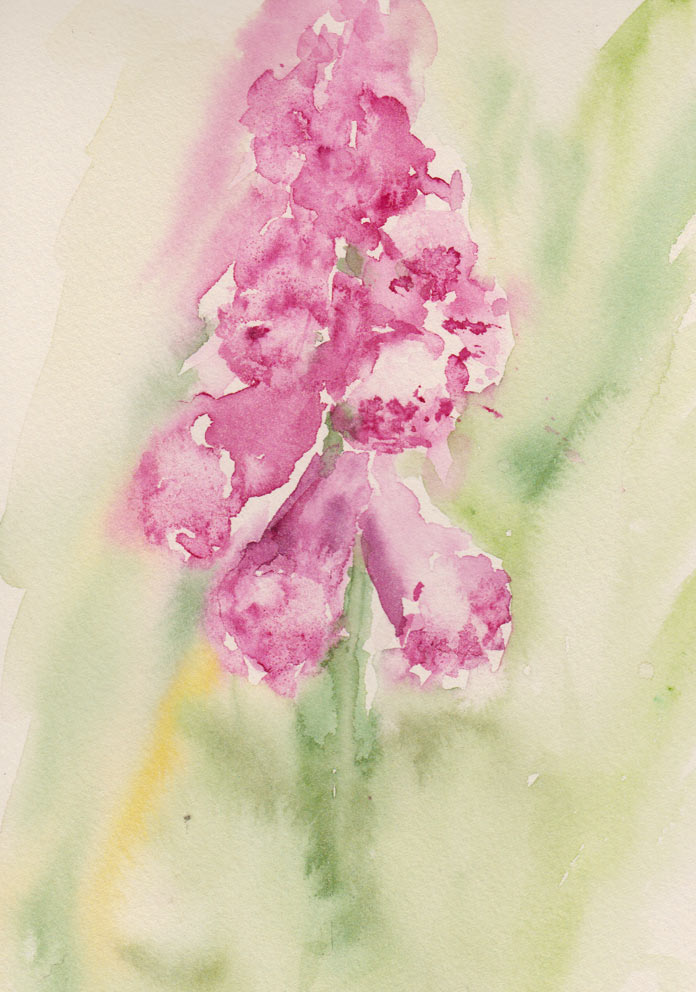 Today was Mum & Dad’s last day with us in Sydney and we delivered them to the airport earlier this evening – they’ll be taking off in half an hour for the long trip back to England. It’s been an amazing few weeks, I’m so pleased they were able to make it in the end and that we had such a good time while they were here…. but the house now seems really empty!

While they were packing this afternoon I had time to catch up on some painting and did a very quick study of a Foxglove Mum & I bought for a shady patch in the garden. It’s just one stem, but I hope they will spread once planted and add a bit of English countryside to the place.

I had an idea to use salt for the tiny spots inside each bell which mostly worked – actually, I think I was a bit impatient with it (yes, fiddling) so I’m certain it could be improved upon and work better next time. I think I added too much Magenta too soon as well, rather than starting subtle and building it up after the first wash had dried, so it’s looking a bit heavy and flat.