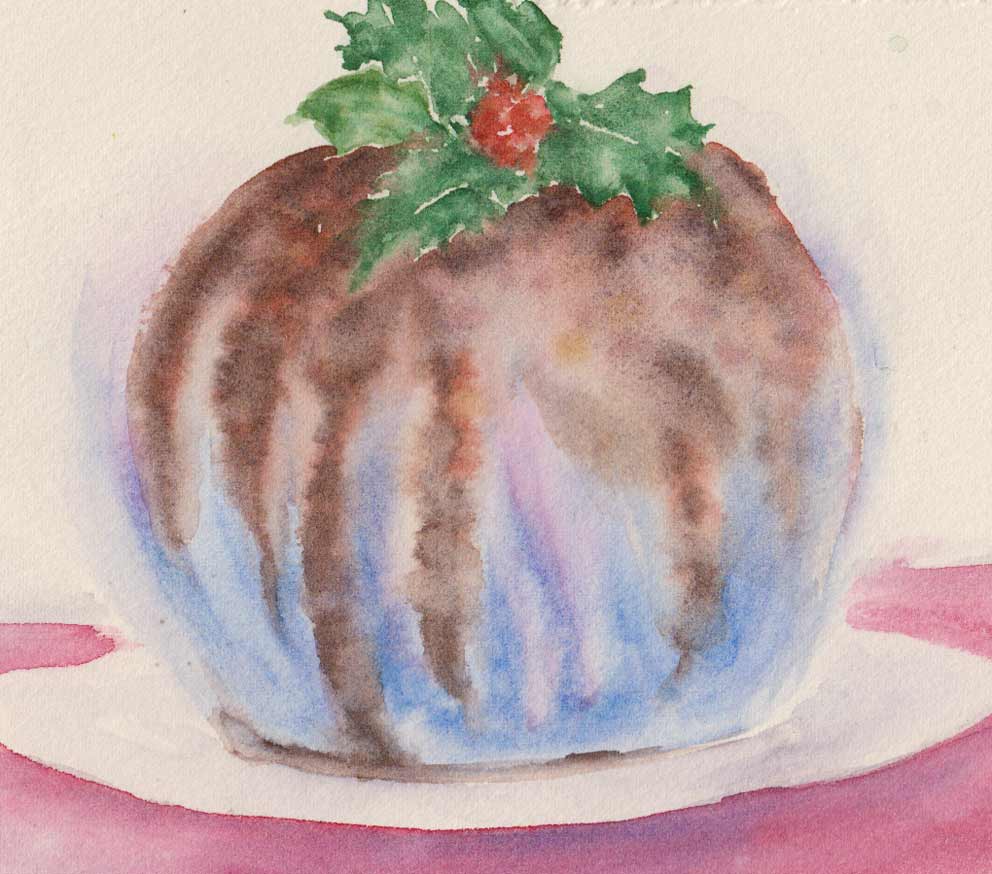 Merry Christmas everyone!! I hope you’re all having a wonderful Christmas Day, relaxing, eating, maybe drinking… watching repeats of old films while dinner cooks, and catching up with family and friends.

It ‘s so wonderful how easy that is these days, after moving to Australia 12 years ago and leaving everyone behind in England…. initially there was only the phone, followed swiftly by email, but it is lovely to now have video available and tonight we’ve managed a first – to have two Skype conversations (with video) running simultaneously with Jim’s Mum & my Mum & Dad – and they even talked to each other briefly :-).

It has rained all day here for the second Christmas running – great for the plants after the heat we’ve had recently, but not so good for our Aussie reputation. No beaches and sun and barbecues… Jim still managed to cook outside on the barbie,  in the rain under a brolly, but we ate in the kitchen.

I wanted to do something festive today & was attracted to Christmas Pudding (one of my favourite Christmas foods) but it proved to be harder than expected. I had a very clear idea how the flames would work and this is a good start, but then it got a bit out of hand and so this one is going to take more than one sitting (the holly is so far awful). Must keep working at it though, for Christmas I’ve been gifted a workshop session in November with my most favourite artist, Jean Haines! So I only have 11 months to practise and make sure I don’t embarrass myself ;-),