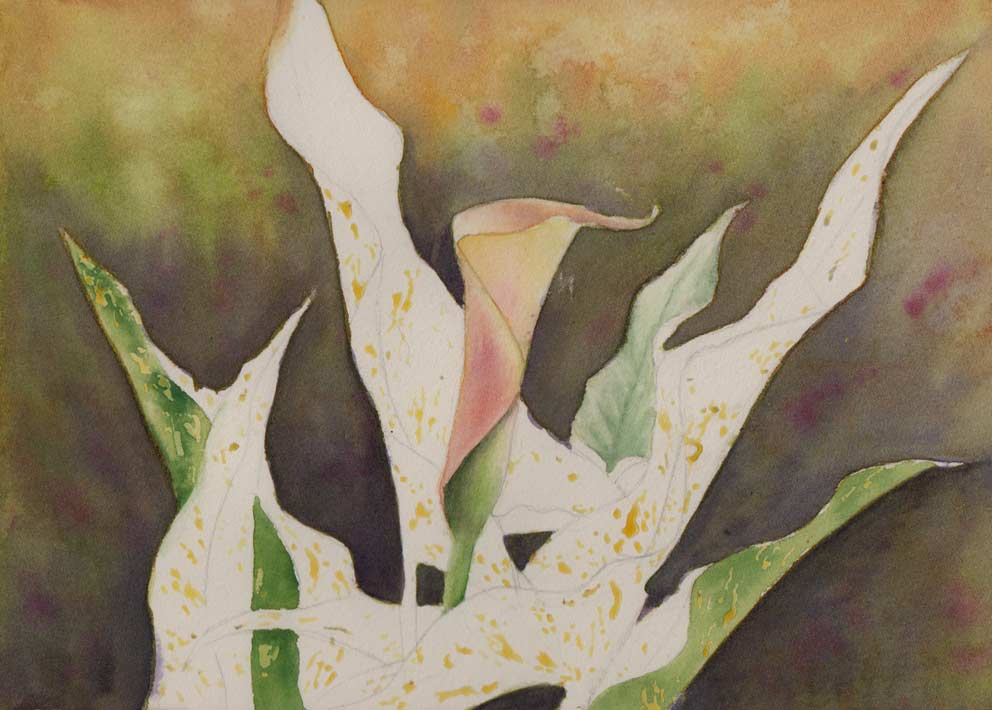 The background is getting darker and darker with this Lily, but at least it’s beginning to stand out a lot better… After adding the first of the green leaves this afternoon it was obvious that everything was very similar in tone and a drastic change was needed.

I toyed with a couple of possible colour choices and eventually chose a dark purple mixed from Magenta and Indigo as I wanted something neutral that would recede a bit. The result is the flower in the centre is certainly more noticeable than it was yesterday.

The next part can be a bit slow, it’s just a case of working through the leaves adding glazes and blending until everything has some cover. I’m in the mood for a bit of repetitive work though, something I don’t need to think too hard about… it’s quite pleasant every now and again :-).