Following on from yesterday…  a progression? I’ve been fascinated with Carousel horses since someone a year younger than me painted one at school in amazingly bright, fabulous watercolours. I was about 17 and didn’t have any idea what I was doing and she made it look so easy – I’m still aiming for that level of brightness and purity, although I think the memory has been enhanced to a level that I will never be able to achieve, because it probably never existed. 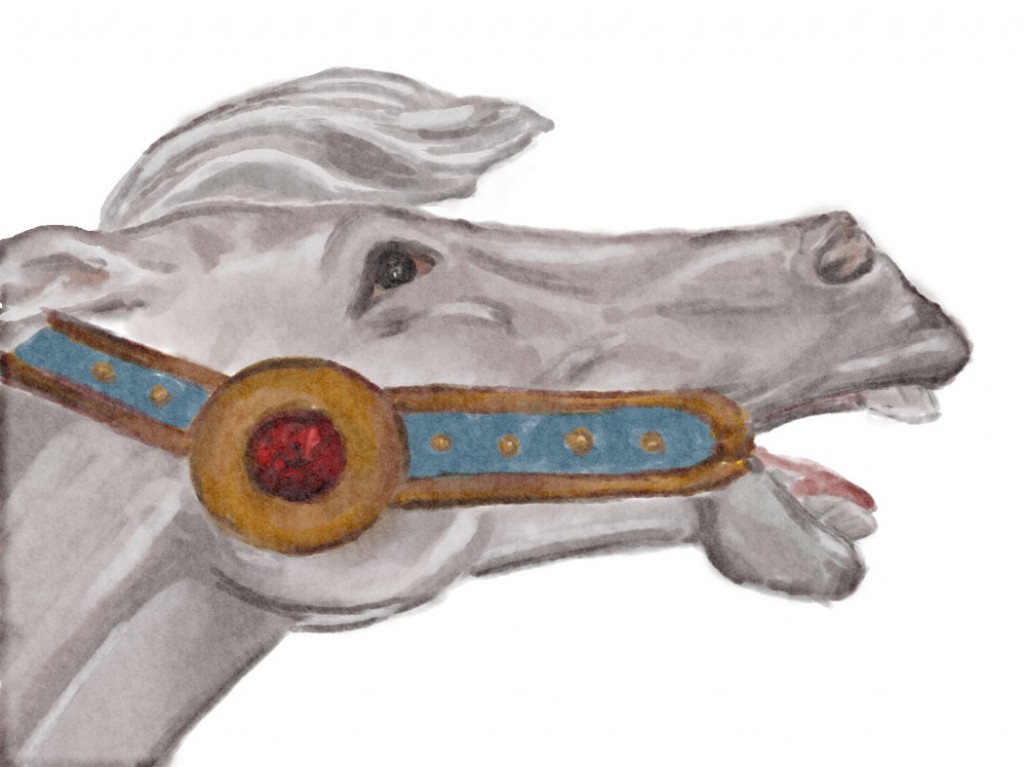 Anyway, still no kitchen table so I’m again playing with Zoe Piel’s digital watercolour system. I’ve found a photo  that I like of a Carousel horse to use as reference and have started a study. It’s nowhere near as colourful as the memory but it’s good enough to experiment with the medium – I deliberately choose a reference that was fairly simple as fairground horses go so I wasn’t overwhelmed and have lots of more colourful ones to try out later.