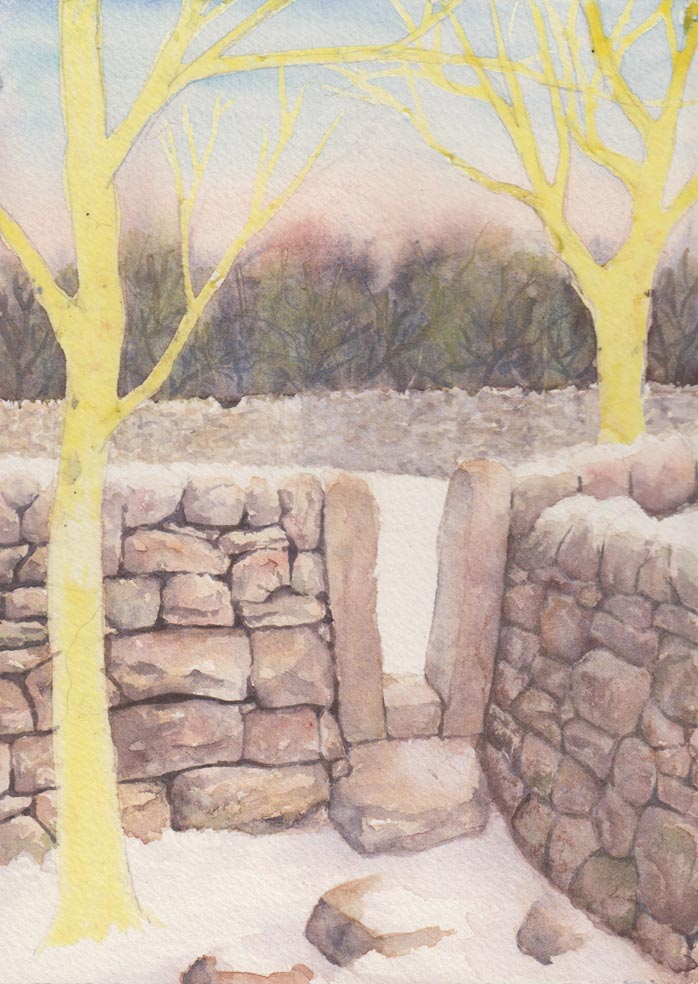 I hear there’s yet more snow on the way for the UK… what an amazing winter it’s been over there! I only remember a few really snowy winters during my life, and have to say that I feel just a little bit cheated that I’ve missed so much snow since I left. I love walking through snowy fields, the silence that it brings with only the crunch of your own footsteps!

Rose coloured specs, I know 🙂 I have good memories of crisp whiteness and quiet solitude, and I’m deliberately ignoring the sloppy grey mess of thawing, the danger of re-frozen pavements and roads and the totally mind-numbing cold… have I mentioned I hate being cold?

While I have my eye in with regards rock I’ve put some more detail on the dry stone wall today. It took a while to get going and unfortunately the right hand wall has suffered a bit as a result – a bit grubby and overworked rather than just shadowed. Otherwise, I’m quite surprised it looks as good as it does, it was rather a struggle to work out what I was doing at first.

I think in future I would paint the stones before adding the dark lines between them, I found the order this time made it hard work as the contrast between stone and gap was too harsh.