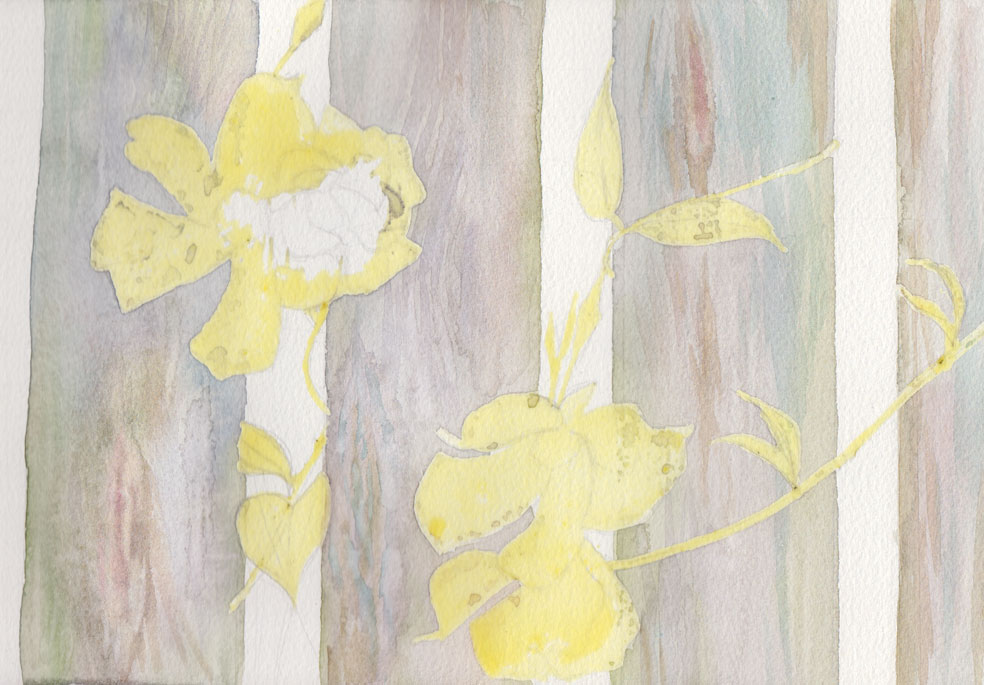 Walking the dog by Cook’s River yesterday I noticed some white flowers climbing through the fence of someone’s garden – a bit of research later indicated they are Thunbergia.

The wood of the fence was really old and weathered and made a lovely backdrop so, having a crappy memory, I went back later in the day and took a few photographs to work from.

To begin with I thought I may have gone overboard with the masking fluid (it’s cheating, you know). However it has allowed me to really let go with the initial washes on the wood and just play around with the paint. Mostly I was adding wet into wet brush strokes using Cerulean Blue, Sap Green, Alizarin Crimson and Raw Sienna, well watered down. Some of it blended, some bloomed, some pushed the other colours back. It’s probably the most experimental I’ve been so far, pretty scary 🙂

The results are darker than I was aiming for but I really like it and hopefully the darker strips of garden showing through behind will lighten it. And it will naturally look much better when I remove all that ugly masking fluid too.