Day 74: Peeking Through, Almost There 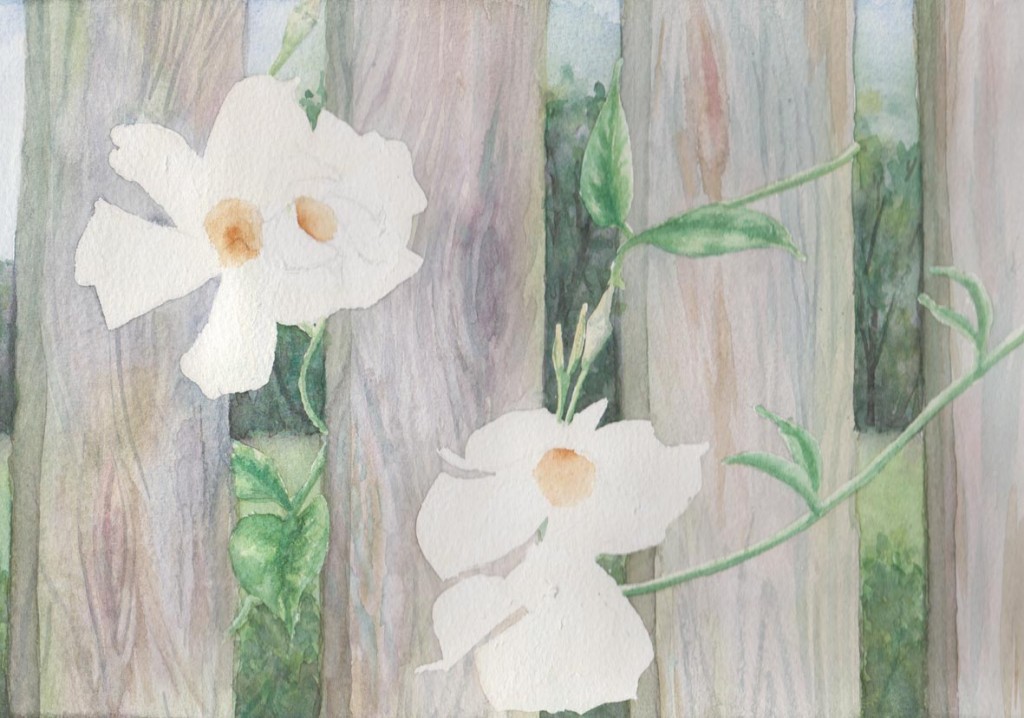 It’s surprising how different this painting looks now the masking has been removed. I had become so used to the yellow gum I couldn’t imagine the paper being so bright without it.

I have had a few ‘moments’ today though, which is why it’s not actually finished yet. Unfortunately the masking had for some reason glued itself firmly to the paper and was really difficult to remove. There are several places where the surface of the paper was torn as a result. So far I’ve painted a couple of these areas where the leaves are and patched in some tears around the petals but I don’t think it’s too obvious. Luckily, at this stage I’m not trying to lift out colour or do anything too fancy.

The worst of the torn paper is still to be covered with the shading on the petals, but hopefully that will go as well as the leaves. Then there’s just a bit of shadow work needed on the wood, cast by the flowers, and I think I’ll be done.

I’ve no idea what happened with the masking fluid… as far as I’m aware the piece hasn’t been left in direct sunlight, it wasn’t wet when it was applied and I haven’t used a hair dryer on it. My conclusion is that the paper might not be up to scratch, being a pad I’ve had for a while, and that it was left on for a week (not usually a problem). Together these might have caused it to bind too strongly to the top surface of the paper.