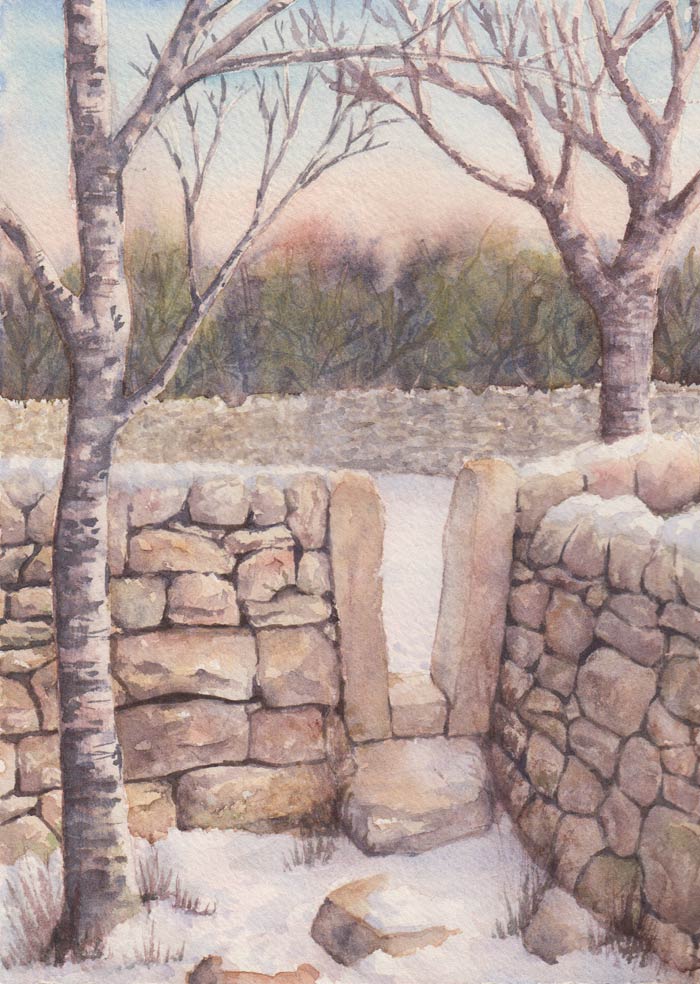 Just a few more steps have brought this painting to a stage where I think I can now comfortably leave it.

The second tree has been completed and the stone wall on the right has had a touch-up on the cracks between the stones to strengthen the contrast. There have been a few grasses added here and there and a distracting accidental shadow line has (hopefully) been removed from the far wall and trees – if you saw it previously you’ll know what I mean 😉

Apologies to all my friends in the UK who are sick of the sight of snow, I’ll try and steer away from it as a subject for a while. I can’t promise how long it will be though… I have already been tempted by some great snowy photos that a friend has taken in rural North Wales.