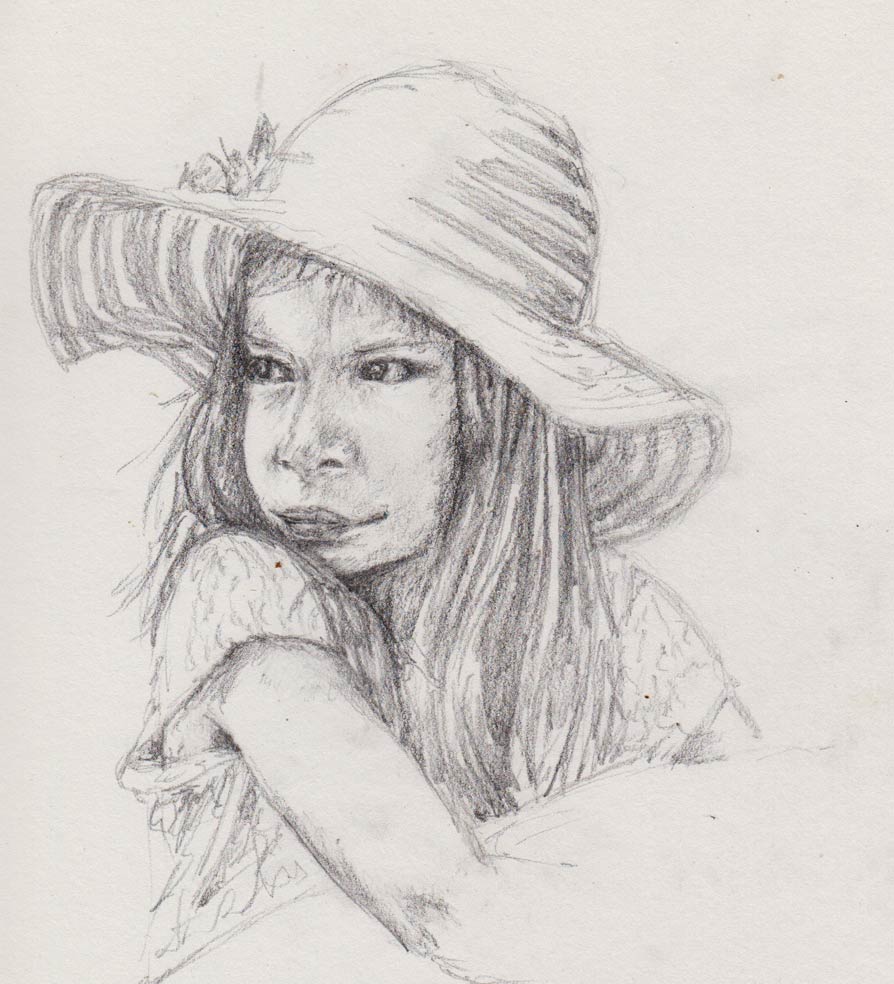 It’s an ambition of mine to sketch and paint portraits… and to do it well enough to capture a good likeness so they’re recognisable. It’s strange though – I can never bring myself to actually do them. I don’t know why, but I seem to always find an excuse to do something else like another animal or flower.

This is starting to come more to my attention though, both the urge to do it and the recognition that I’m avoiding it, so hopefully that’s the first stage in overcoming it 🙂 … and I just have to face the fact that it’s going to be a bit painful for a while, until I’ve practised a lot more.

So today I chose a picture from the huge selection on PaintmyPhoto titled Pink Hat 2 by Rachael Curry. She’s a very pretty girl in an interesting pose but not someone I know, which I believe helps when you’re a beginner – you don’t get lulled into thinking you know how their features fit together.

It was great fun and mostly went OK, although it doesn’t completely look like her. I think I made the common mistake of making her nose too long and the space above her top lip – the philtrum? – is too long as well. So her face looks a bit squished!