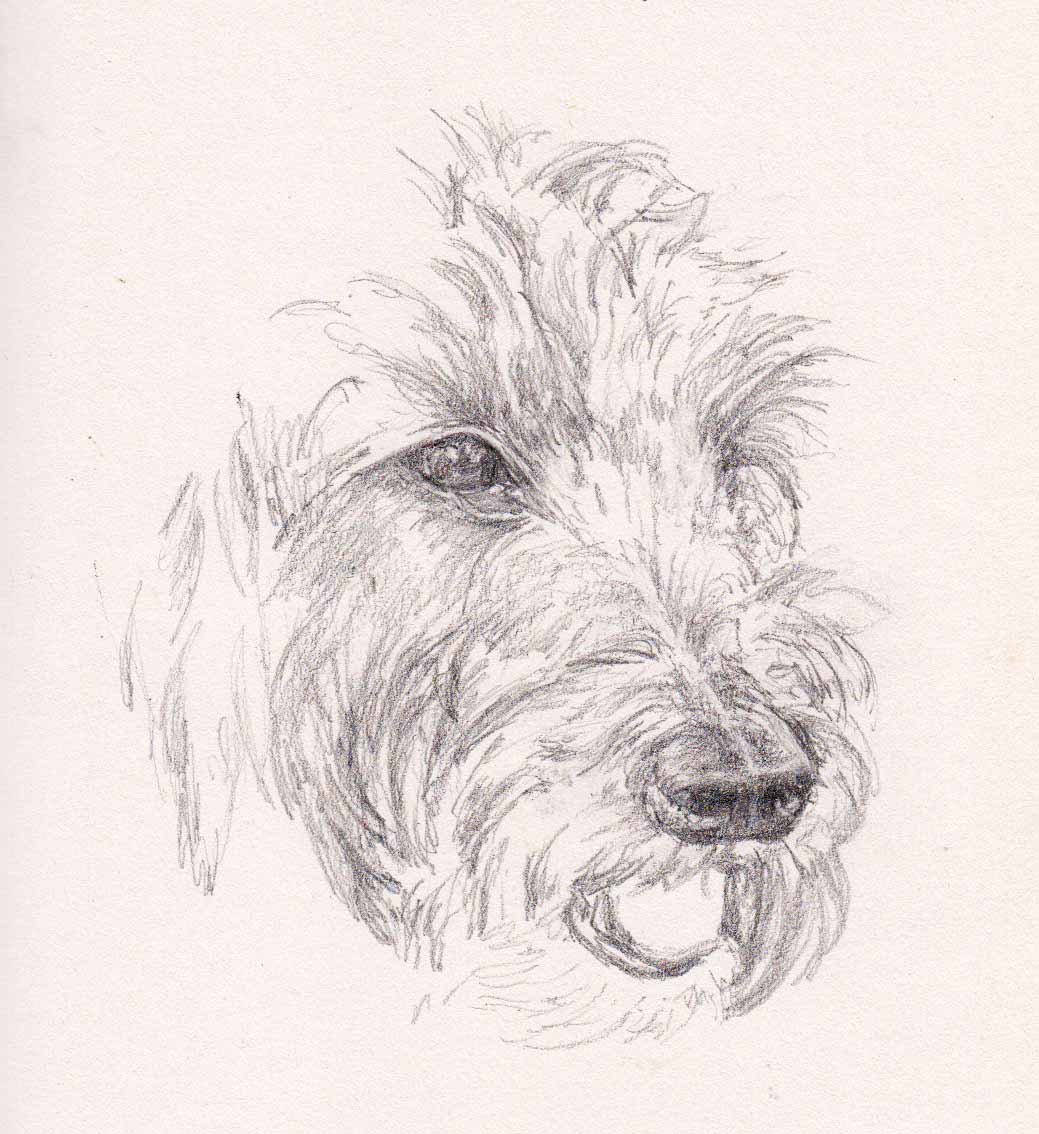 Whilst I was in hospital a month ago I met an amazing lady with the most wonderfully positive attitude. She’s going through some very tough times but had an enormous amount of love and attention for everyone else, so engaged in cheering them up and sharing her own happy things… one of which is her beautiful dog Gizmo, and she had pictures of him all around her bed.

I had barely picked up a pencil since Christmas at that point, but she had such an impact on me that I promised I would draw him for her, and even did a small sketch on a scrap of paper while we were there – with a sharp 0.5mm propelling pencil that Lina herself fetched from the hospital shop ten floors down!

Last night I finally began to honour that promise… I admit I’ve been putting it off because I want it to be as wonderful a drawing as she is kind and generous. A huge ask, she is a very special person! It’s coming along OK, though not finished by a long way… and I would still like to paint him rather than sketch but this is good practise for getting the likeness (the more times you do it…)

I haven’t met Gizmo in the flesh yet, but I’m looking forward to it 🙂