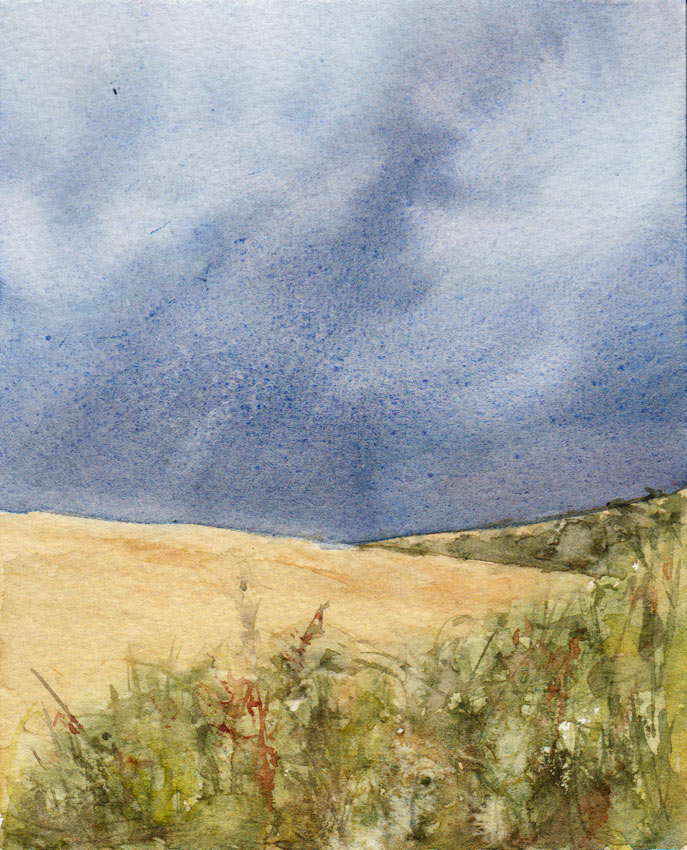 It’s rained a lot this week, and it’s still raining now… I can hear it pattering on the skylight in the dark (I’m writing at midnight). It’s great for the garden as it’s been very dry recently, but being as near as we are to mid winter it also means short, dark afternoons and moody skies.

Which might be why a beautiful stormy photo on a fellow painter’s Facebook page inspired me to paint one this week. The photo is of the view from the studio window of extremely talented artist, Linda Foster, and it’s stunning –  the contrast between the heavy blue-grey sky and the sunlit wheat field is just gorgeous, so I’ve tried to be true to the colours depicted in the original, using Indanthrene Blue, Raw Sienna, Undersea Green and a tiny bit of Perylene Maroon.

With a view like this one, I don’t think you would ever be short of subject matter! 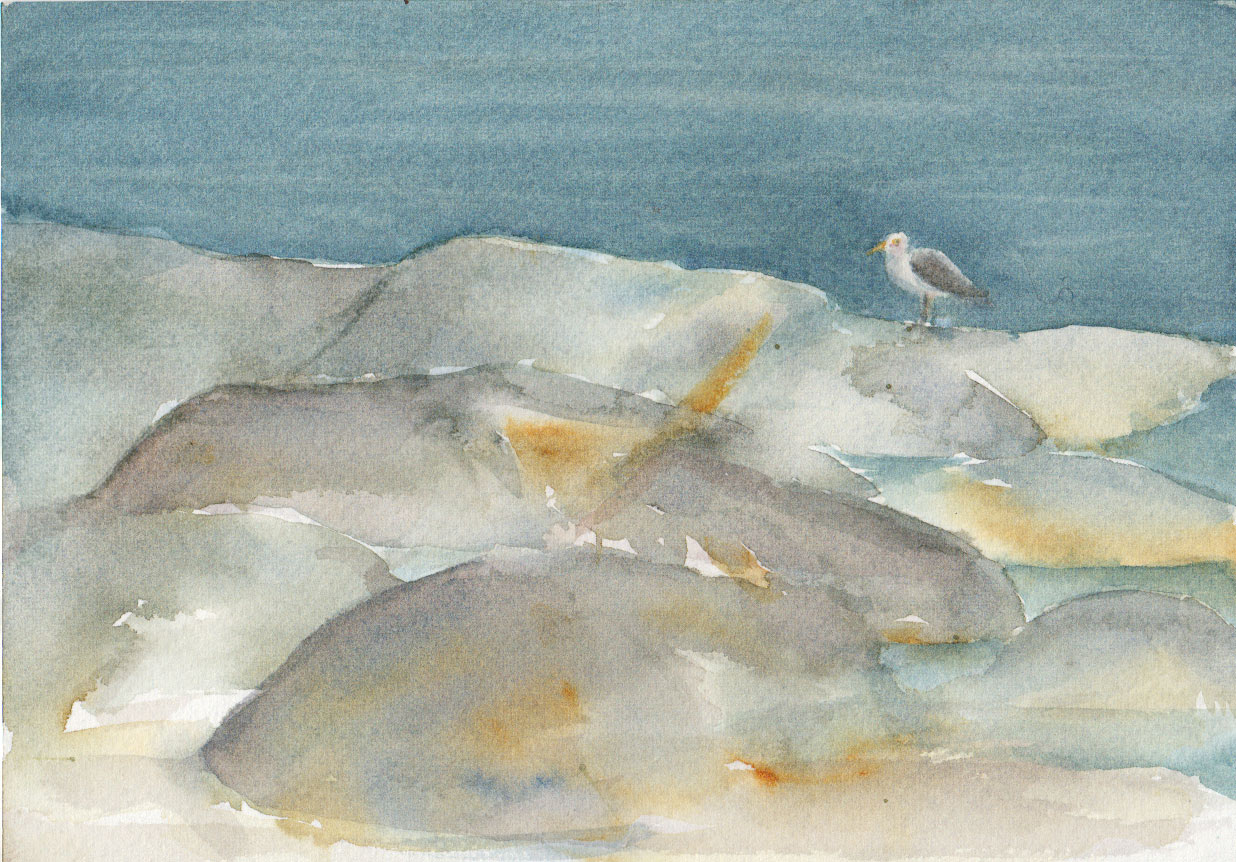 My second Little Gem for this week started off as an experimental wash… in fact it was definitely destined for the bin!

It started life last week as the first attempt to paint the seal with it’s suckling pup, but it went horribly wrong so I just carried on filling the paper with grey splodges (once you know what you’re looking for you might be able to see two likely lumps near the middle!)

After it had sat on the desk all week I began to forget about the seals and started seeing rocks instead. A seagull and some Indigo Blue sea helped make the transformation complete, although I’m thinking the seagull still needs a bit more contrast. It might be one to try again sometime…