What’s going on here then? 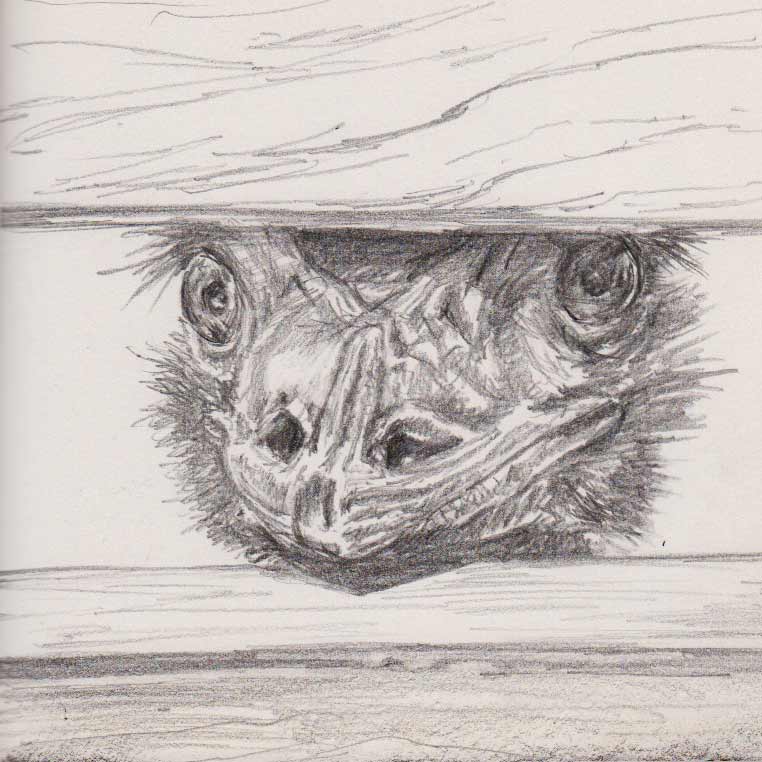 The day got away from me… again! I never used to believe my parents when they said that time speeds up as you get older, but I’m sure there aren’t as many hours in the day as even a few years ago!

I was looking forward to starting a new painting today, but suddenly it was dark and mundane things like dinner needed addressing (not that it tasted mundane 🙂 ). So I found myself sitting down late, with sketchbook and my trusty inspiration website Paint my Photo, and found this funny bird looking through a fence to draw.

I’m not sure I’ve got it quite right… sometimes I look and one eye looks wrong, then it looks OK a moment later. Then his nose looks skewiff (never had to spell that before, it doesn’t look right) but then I’m not sure… the eye that’s in shade was really hard to do without making it look flat, such a slight highlight. Anyway, another day, another completed practise, and it’s good to hold a pencil again… it’s been a while 🙂 .