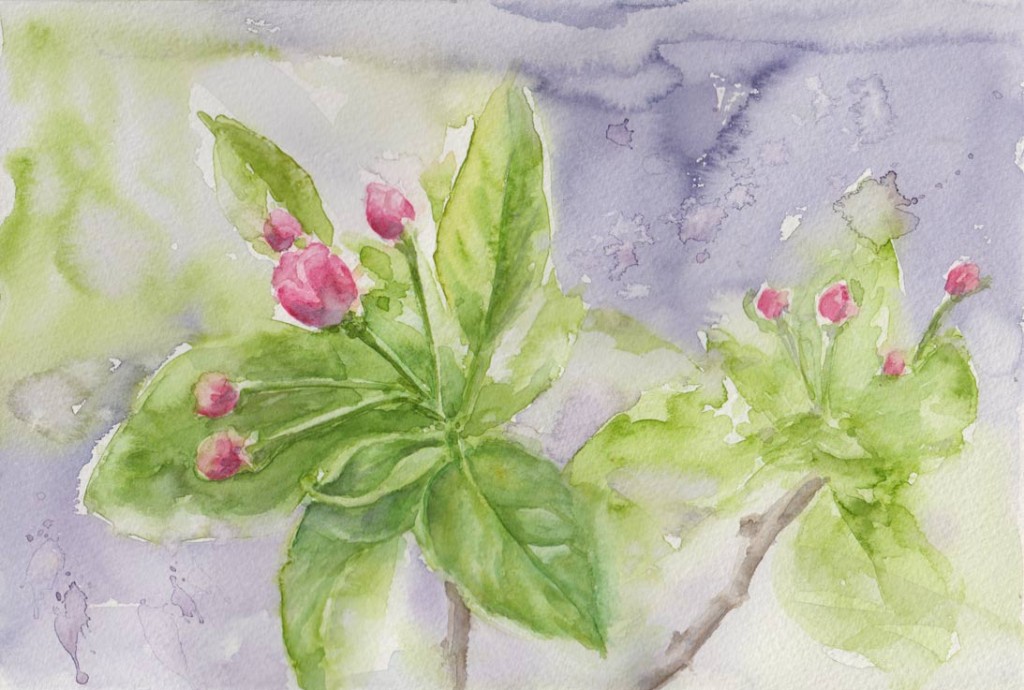 After two days staring at spreadsheets and fighting with Excel it’s been a welcome break to pick up a paintbrush again this afternoon… I had managed a dabble here and there over the weekend, but there was not enough progress to share. Especially as I had the the feeling I’d already messed it up enough to throw away.

So I began today’s session with the feeling I was just practising and this painting was now for the bin (Jean Haines-ism), as it had already been broken. If only that feeling could be bottled, because it’s just the right thing to take the pressure off and let you experiment.

So my aim was just to try and add enough tonal contrast to make the leaves stand out. One of my problem areas has always been making darker tones, and today has been no exception – it’s very hard, especially with fresh green leaves. They all look the same colour!

Anyway, I did eventually achieve a bit of contrast, and without too much mud through over mixing. I did lose some of the bright edges of the blossom stalks. but feel I made some progress in the end.