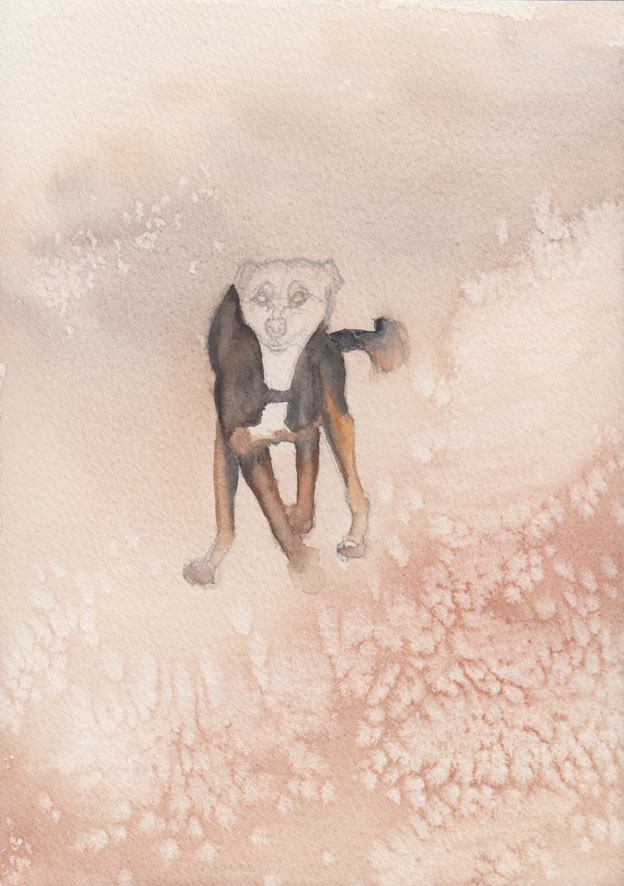 Frank, my second dog, was an interesting mix and I never really found out what he was made up of, but he was adorable and had the most enormous ears imaginable. He was also the only dog I’ve ever known who could see other dogs on telly (and bark at them).

The only time you couldn’t see his ears was when he was running at full pelt, then he tucked them back like a greyhound and went for it! Mostly this happened on the beach, he loved the sand under his paws…

I’ve wanted to paint this for ages, but I’ve been too scared to attempt it. It’s from a photo taken on Cullen Beach, on the Moray Firth in Scotland, near where Mum & Dad had a cottage for a while. Frank & I would have holidays up there, sometimes with my parents, also with friends, and sometimes on our own. Always great times!!

I still have to be brave enough to paint his head, I’ll be surprised if the first try is a good likeness and that’s probably what’s made me leave it until last. However, I know I will try it again, I already know I started too small – this is only a 7″ x 10″ block – but I’m pleased with how it’s going so far, except that I’d like it to be more animated. It’s a bit freeze frame so I have to work on getting some loose edges in to reflect the motion. As Jim said, it needs motion blur!