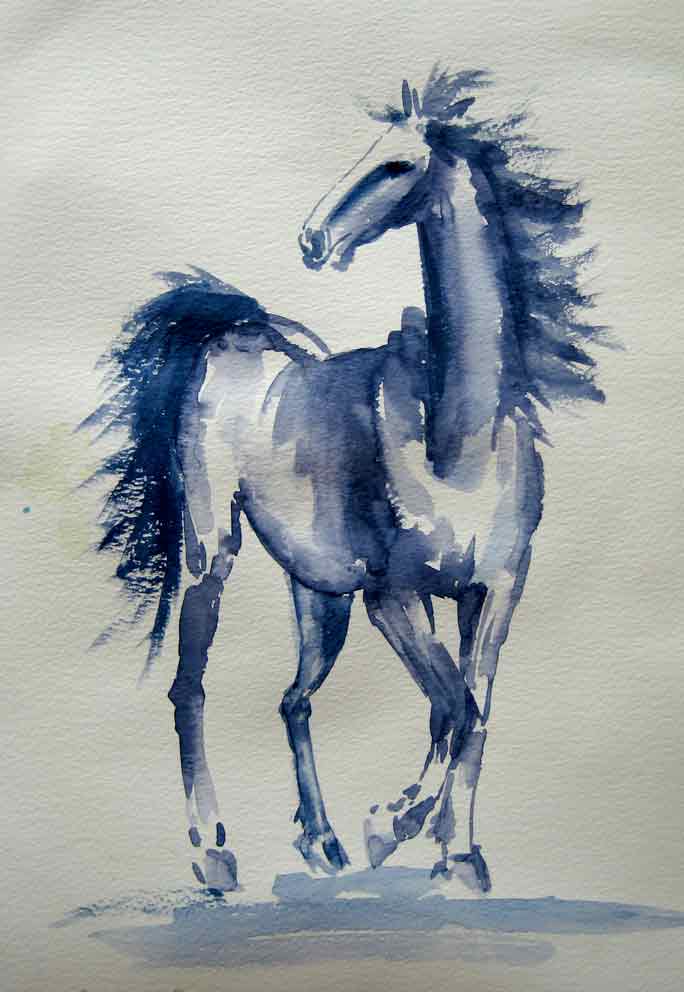 Please don’t ever underestimate the power of practise (or continuity), and do it every day! (or as  often as you can). Keep doing something, anything, because the moment you take a day off (or two, or three) it becomes so much harder to get going again… The gremlins start whispering and you forget everything you know for certain.

So today, despite all the inertia, I found something that inspired me, a picture of a horse painted in a Chinese style on the front of a magazine that captured essence & a sense of character… I just had to try it. Mine isn’t as lithe… the bits individually look sort of horsey but don’t quite add up. Nonetheless, I am very chuffed that I picked up a brush (size 10, sable) and played with paint (Ultramarine Blue, Quinachrodone Magenta, Viridian Green) and succeeded in painting something that looked as much like a horse as this does!