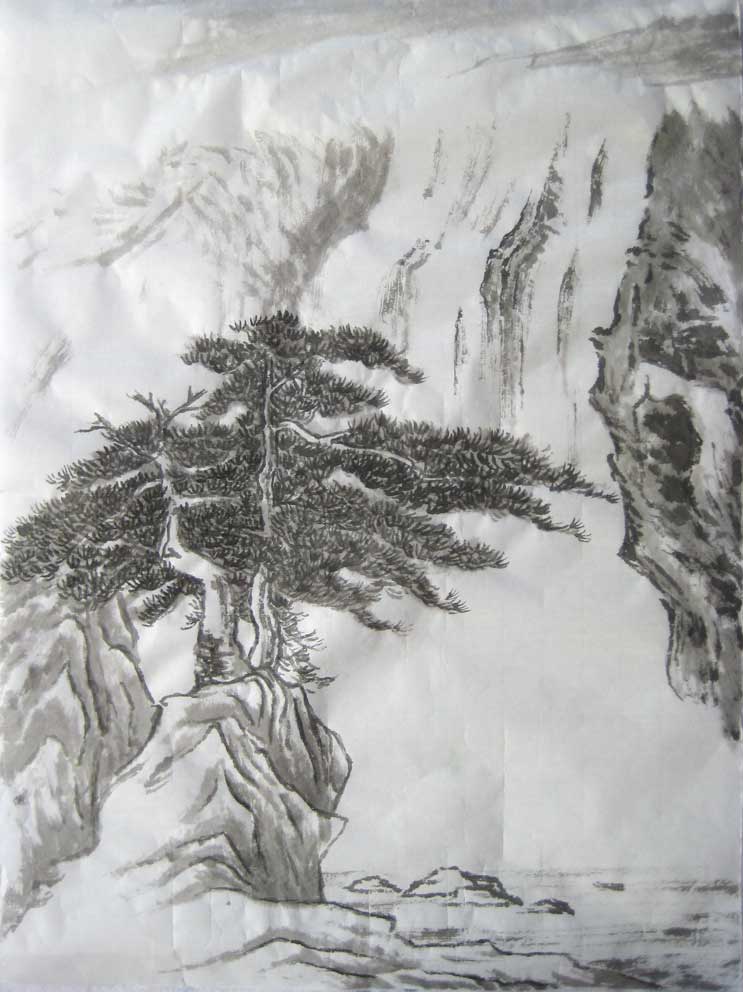 As you can see, we had a very productive session this afternoon at Chinese Painting Class. After adding some shading to the rocks we painted last week, and going over all the leaves again to make them bolder, we had the nerve racking task of painting the rocks that are poking through the waterfall… probably the most important and most difficult few strokes of the painting. Too light and they’d be lost, too heavy and they’d seem to be closer than the tree.

I think I got it about right and also showed some nice dry brush marks, however the same can’t be said for the rocks on the right – I didn’t get the shading light enough and now they seem to be the closest thing in the scene. Hopefully they’ll recede a bit when everything else is added and the left hand side is touched up a bit too.